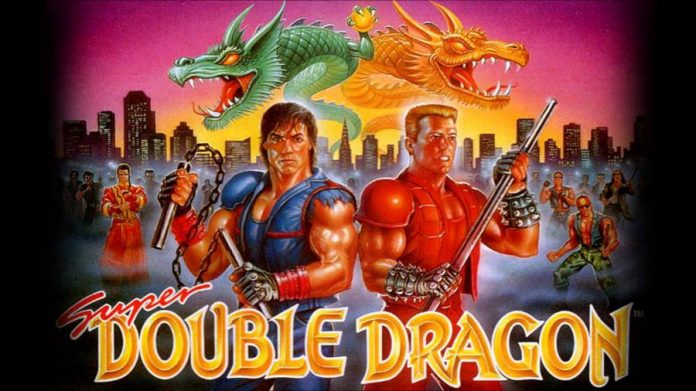 The Double Dragon classic beat ’em up game series, whose first installment came out in 1987 as an arcade title, will make a much-expected comeback with Double Dragon IV. Arc System Works will release the game in January 2017 for PC and the PlayStation 4.

The studio published a short teaser trailer today, which revealed the game would keep its old-school look, just like WayForward Studios did with Double Dragon Neon in 2013. However, ASW makes it looks even older, bringing back sprite designs from the NES.

Double Dragon is a very popular video game series that has grown to become a cult classic among veteran gamers. Its characters and story have inspired some spin-offs, including an animated series and a live-action movie released in 1994.

As stated above, the game mostly looks like a reenactment of the NES release Double Dragon II: The Revenge, which came out in 1988.

Nostalgic gamers who did not get the chance of purchasing the NES Classic Edition in the past few months (which came with DDII) might get a kick from this newer release, which promises to unearth a lot of the classic two-button entertainment.

Double Dragon IV will also come packed with a few extras modes of playing, including two-player battles, ‘Japanese Mode,’ and a mysterious ‘???’ option in the main menu.

The game’s official website states that its initial price will be 800 Japanese yen, approximately $8.

The new game could continue the storyline of Double Dragon II

The story will most likely involve Double Dragon’s classic heroes, brothers Billy and Jimmy Lee, who defeated the Shadow Warriors in DDII to save their girlfriend, Marian. Most sources expect additional details about the plot to surface in the coming weeks.

A platform game is any title that includes a character jumping over suspended platforms that give the illusion of movement against a detailed background.

The relatively smooth gameplay that platformers provided arguably helped turn video games mainstream, back in the days of the first arcades.

Double Dragon revolutionized the genre by adding fighting possibilities that made the process of clearing levels even more dynamic and fun, a trait that Arc System Works will have to bring back in style for DDIV to succeed.