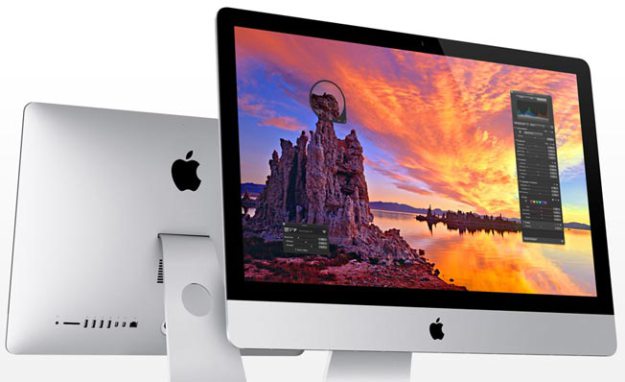 Unnamed resources claimed by 9to5Mac support that Apple will announce this October, a Retina 4K upgrade for its 21.5inch iMac, just like it happened with the 27-inch computer, one year ago. After that, shipment is expected in November.

There are also some evidence to support that claim, found on the configuration files hidden within Apple’s beta releases of OS X 10.11 El Capitan. More particularly, in the code from the Developer’s Preview, the resolution 4096 x 2304 has appeared, which – as 9to5Mac mentions – will be the resolution of the upgraded iMac. For the comparison, the current 21.5-inch model has a resolution of 1920 x 1080 pixels.

Combining the 21.5 inches with the new 4K resolution, the pixel density that occurs, is 218.6ppi (pixels per inch) which is slightly higher that the current pixel density of the 27-inch Retina iMac (217.6 ppi).

The larger 27-inch version was revealed last October, sporting the same external design as the non-Retina variant. It’s likely that a new 21.5-inch model would follow the same approach, with the same look and an updated panel. And also just like it happened with the 27-inch model, the 21.5-inch iMac will most likely have improved colour saturation and faster processors to support the 4K resolution.

Information about the price has not been released to the public yet. However, Apple follows a strict known policy in those cases. So, judging by the prices of other similar products designed by Apple, the 21.5 iMac’s price will fall right between $1,099 and $1,500. For instance, Apple currently charges $1,999 for its basic Retina 5K iMac and $1,799 for the non-Retina 27 inch iMac. The current 21.5inch non-Retina model could probably be kept in the markets as an alternative choice.