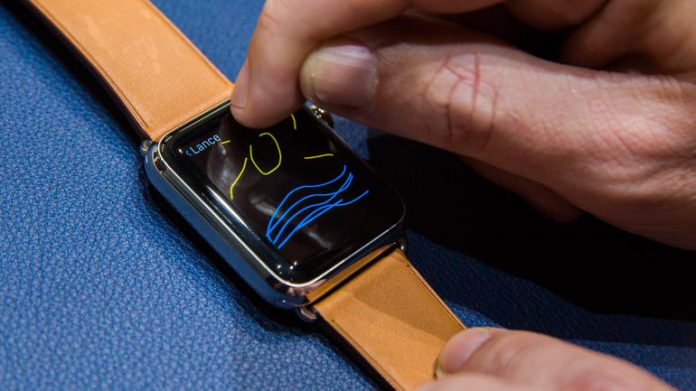 Brian White, from Wall Street firm Drexel Hamilton, has published a pair of research notes featuring various expectations about Cupertino’s forthcoming Apple Watch 2 and iPhone 7, both of which are scheduled to launch by September.

Mr. White’s note cites a website that he came across. In his citation, he mentions that the source believes in the notion that the 5.5 inch iPhone 7 will feature the dual camera setup.

We had already mentioned a similar prediction made by KGI Securities analyst Ming-Chi Kuo, however, he believes that Apple will be releasing a separate Pro lineup that will come with this camera setup.

The same source suggests that Cupertino is looking into commencing production of the iPhone 7 in July, a move that will help the company and its supplier to regain smartphone growth in the second half of 2016.

“Our meeting with a tech supply chain company highlighted a rough end to 2015 with significant forecast reductions from Apple; however, forecasts have been stable since then with 2Q:16 expected to be the trough. After a YoY sales decline in 1Q:16, our contact expects to return to growth in H2:2016. Production of parts of the iPhone 7 are expected to begin in July,” the note mentions.

White has also predicted that the Apple Watch could go through a refresh cycle in the next two to three months. He believes that the second generation of the series could be up to 40% thinner than its predecessor and be revealed in June at the company’s annual WWDC, which will take place sometime between June 13-17.

“Finally, we walked away with the sense that the Apple Watch refresh will not occur in September with the iPhone 7, but is more likely to occur within the next 2-3 months, and thus we believe an unveiling at WWDC in June makes sense. We believe Apple Watch 2 could be 20-40% thinner than the current Apple Watch.” White further added.