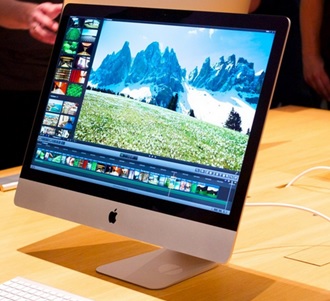 US – Apple (NASDAQ: AAPL) recently introduced a new 27-inch iMac with retina display. Almost two years have passed; Apple has not updated its non-retina versions of the iMac excluding the new cheaper iMac which was introduced in June, 2014. But the latest beta of OS X El Capitan suggests a possible update in 21.5-inch iMac featuring 21.5-inch display with an insane 4096 x 2304, providing a 4K resolution.

At the time of release, the beautiful desktop computer; 27-inch 5K retina iMac costs around $2,499. However, Apple has cut down its price making it a bit cheaper and now it is available at prices starting at $1,999. Even at this price of $1,999 it is quite expensive and requires some more money to get an SSD or fusion drive. And, after spending a bit more money on another upgrade or two; the result will be an enormous, powerful; but yet an expensive desktop computer.

According to a report on French website, Cosmomac, there are images in the latest beta of OS X El Capitan. Out of the three images, two images showed a new 5K iMac; thereby giving the possibility that Apple might be updating the existing 5K iMac model while giving them new specs in the upcoming months.

Also as per the images of iMac; as seen in the El Capitan icon, the iMac’s design is seemed to same as before. Thus, Apple won’t be updating the design of its desktop computer.