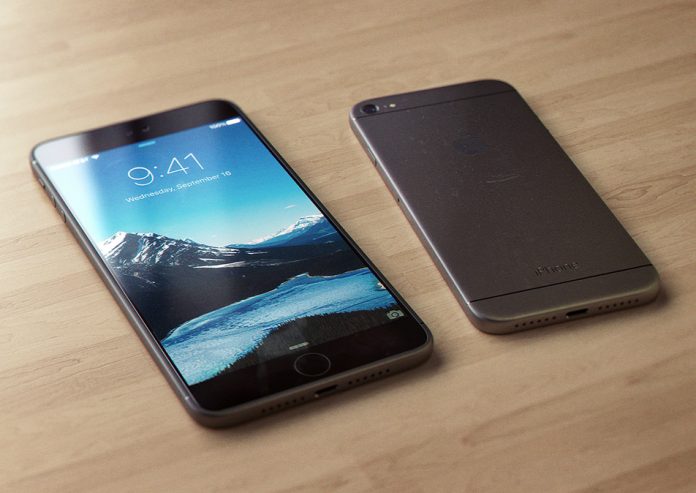 Off the track of leaks and rumors that suggest what the upcoming iPhone 7 could look like, what hardware it could feature and whether it will have a headphone jack, some fans of the smartphone series like to let their imagination do the talking. We think that the latest concept video is definitely one of the wildest ones.

YouTube user Sonitdac has uploaded a short film revealing the new handset’s “widescreen” system, which stretches out far past the confines of the phone’s display to reach tablet proportions. The device does seem good enough for those who think that the ‘phablet’ size of the iPhone 6S Plus is not good enough.

To illustrate the said feature, the concept uses a series of arms that fold out from within the handset and a flexible display to dramatically inflate the width of the screen, turning it from portrait to landscape at the touch of a button.

Additionally, the folding screen rolls in and out of the phone, folding over itself when tucked away.

The chances of Apple introducing such a concept is close to none, though still leading tech sites have commented on the video.

It’s “an awesome idea“, says TechnoBuffalo, but the flimsiness and exposed gears and components would go against the tech giant’s design ethos. “Still, it’s fun to imagine how crazy the iPhone 7 could be,” it continues.

The website has also added that Apple may launch a foldable screen concept in 2018, however, the chances of introduction of such a technology and design is quite meek.

iClarified has also pointed out some other odd iPhone fan concepts, including a video showcasing a gas powered “parachute” system that would activate if the phone is dropped.

The expected launch of the device is in September, following Apple’s release cycle. Rumors and leaks do suggest that Cupertino is planning to go big with their next gen smartphone, however, it is infeasible that a shape-shifting, parachute powered, device will make it to the market in the foreseeable future.