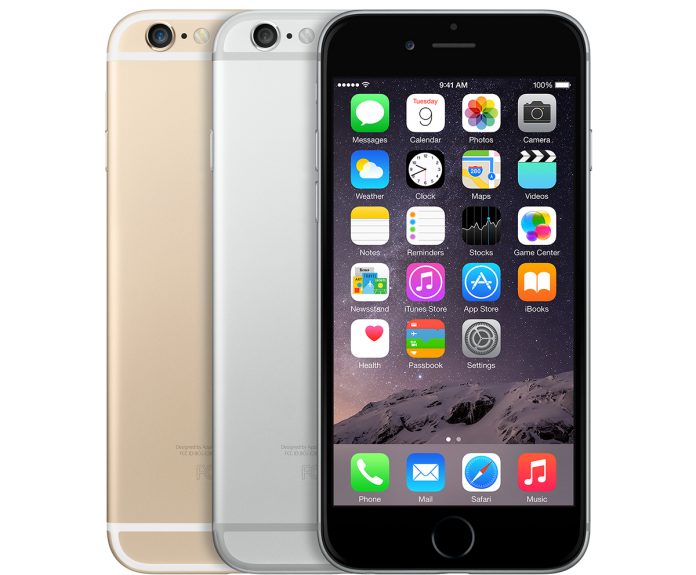 Apple Inc. (NASDAQ: AAPL)- Cupertino investors are worrying that the iPhone line-up might face some ups and downs in sales during the next few months.

Apple’s smartphone has undoubtedly been a huge success for the American tech giant. In fact, profits turned out to be so lucrative that the company during the last quarter of 2014 ranked as the most profitable one compared to every other within the US borders.

That is truly an achievement worth bragging and celebrating for. However, experts seem to be somewhat concerned about the future course of this extremely profitable product in terms of sales.

This agitation relies on the fact that once you reach the top, it is painstaking to maintain the position, and given that the smartphone industry is one of the fastest growing market out there, Cupertino will literally have to struggle in order to get a better result for the coming quarters.

Analysts at Berenberg mention in a recent note:

“Sentiment on Apple is a-changin’. Momentum and fast money funds are exiting the stock on negative revision potential as speculation around declining iPhone volumes heightens.”

And besides all the above, there also lies one more contributive factor of vital significance which is the impact of the Chinese macroeconomic fluctuations on the iPhone demand, now that Apple has taken a leap of faith by releasing its product abroad.

Simply put, while Apple had its most successful quarter for its phone last year, China expanded its domination as well and is actually now demonstrating an impressive growth rate in the smartphone industry that could damage the American colossus’s business. In that frame, Tim Cook, Apple’s chief executive, refused to answer to any questions made by analysts three months ago on that topic.

Gene Munster of Piper Jaffray wrote in a note to clients last week:

“We believe that one of the biggest questions around the stock is how iPhone growth will fare against difficult iPhone 6 (comparisons) starting in (the quarter ending in) December 2015. Based on conversations with 15 investors over the last week, we believe that expectations are for iPhones to be down slightly year-on-year in (the December quarter).”

Moreover, Ms Katy Huberty at Morgan Stanley claimed that based on her expectations Apple should show at least a slight iPhone growth in the coming quarter.

“Our AlphaWise surveys also suggested consumers are trading up in screen size and capacity, which offset a higher mix of iPhone 6 versus the new 6s than many initially expected,” she wrote.

On top of all the above, Tim Cook has stated that among Apple’s future plans are the company’s effort to establish a decent place in the car-making industry. But still for the time being, Apple’s investors will most likely concentrate on the Apple Watch, which may have had a hard time during the second quarter of year 2015, but now seems to be rising once again.

As a matter of fact, a survey of roughly 1,000 Watch owners by Wristly found that 52% said WatchOS2 had improved “overall satisfaction” with the device by “a little”, with another 22% saying “a lot”, so that should give you a pretty accurate idea of the market’s shape during the next few months.