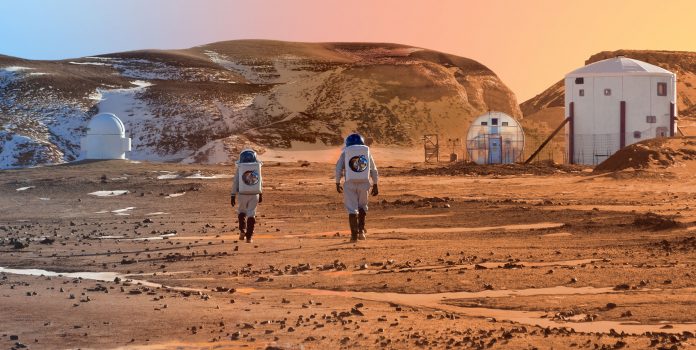 It seems that the possibility of finding life on Mars is closer than ever before, and that’s because of an experiment which was conducted on the International Space Station. According to this experiment, it is possible that that fungi and lichens may be able to survive on the red planet. The procedure was the following; a number of European sciences gathered tiny fungi that take shelter in Antarctic rocks and sent them to the International Space Station. There were exposed to Mars-like conditions, and after of 18

The procedure was the following; a number of European sciences gathered tiny fungi that take shelter in Antarctic rocks and sent them to the International Space Station. There were exposed to Mars-like conditions, and after of 18th months on board, it was discovered that more than 60 percent of their cells remained intact, with stable DNA. To be more specific, this was an atmosphere with 95% CO2, 1.6% argon, 0.15% oxygen, 2.7% nitrogen and 370 parts per million of H2O; and a pressure of 1,000 pascals.

It is considered that McMurdo Dry Valleys, located in the Antarctic Victoria Land, are the most similar earthly equivalent to Mars. They make up one of the driest and most hostile environments on our planet, where strong winds scour away even snow and ice. Only so-called cryptoendolithic microorganisms, capable of surviving in cracks in rocks, and certain lichens can withstand such harsh climatological conditions.

Actually, according to what it is written in the journal Astrobiology, only 10 percent of the samples were able to proliferate and form colonies after being exposed to the Martian conditions, but it is still exciting the fact that so many cells survived. Co-researcher Rosa de la Torre Noetzel stated that: “The results help to assess the survival ability and long-term stability of microorganisms and bioindicators on the surface of Mars, information which becomes fundamental and relevant for future experiments centered around the search for life on the red planet,“.

So it is obvious that if we know what types of organisms are able to survive under the Mars’s harsh conditions, we might acquire some clues as to what we should be looking for on the Red Planet – and that’s pretty exciting.