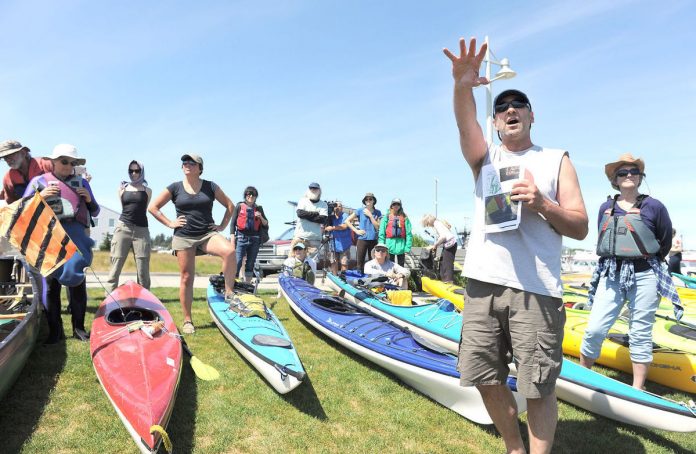 Nearly 2,000 protesters lay siege along the Anacortes waterfront and plan to use kayaks in protest against the transportation of oil to refineries nearby the area by trains.

With an anticipation that large crowds will gather at the area, Skagit County has activated and refreshed its emergency management operations center. The county officials have issued red alert stating that protests could go violent.

At around 9.20 PM, the police closed the road to Market Road where approximately 1,000 protesters have blocked the train tracks. According to officials, the road will be closed between Highway 20 and Overall Road till a specific breakthrough is reached.

Expected to continue until the weekend, the protest is organized by Break Free, a non-governmental organization dealing with environment-related issues. They already stated that the protests will be peaceful and will obey civil disobedience.

Even though organizers have stated that the time has arrived to support and create awareness on renewal energy, they will not block workers from entering refineries due to safety concerns. The protest is currently going on in two refineries near Anacortes.

Break Free announced that around 500 protesters are willing to court arrest out of the total 2,000 people who are expected to assemble near the area surrounding the refinery. The local county police officers revealed to the media that they will arrest protesters only if needed and are in talks with them to avoid any casualties.

Despite the absence of fringe fighters at the Break Free event, police have been keeping a close watch over the entire developments, since protesters could go wild at any given time.

A top official who works for Break Free, told local outlets that protesters are willing to spend the whole night by blocking train tracks, that way impeding the vehicles carrying oil to refineries.

Jill Stein, a presidential candidate for Green Party, has tendered his unconditional support to the protests and will be joining a luminary event at 7.30 PM from Seafarers Memorial Park.