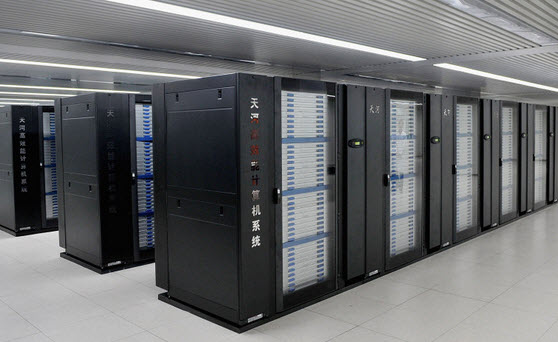 US – The United Stated had a hard time dealing with the fact that the world’s most powerful and advanced super-computer has been manufactured by China. So, the American President, signed a special order, for the creation of the world’s fastest computer in a given timeline of 10 years.

This ambitious and very hard to achieve task, has been given to a new special interministerial body, the National Strategic Computing Initiative (NSCI), according to BBC, “Science” and “The New York Times”. The powerful machine will be used in numerous fields – such as genetics, medicine, neuroscience, astronomy, etc – where advanced means are found vital. Of course it is very likely to see some interference with national security topics.

Tianhe-2 or TH-2 (which literally means “Heavenriver-2”) is China’s super-computer and is located in the National Supercomputer Center in Guangzhou. It is the world’s fastest supercomputer according to the TOP500 lists for June 2013, November 2013, June 2014, November 2014 and June 2015 as it has a processing power of 33.86-petaflops. That number is almost twice bigger than the world’s second best super-computer (that belongs to the United States). However, on the TOP500 list of the most powerful computers in the world, 233 machines belong to America and only 37 are Chinese.

Obama’s decision needs to be validated by the State House and the Senate of the U.S. something that should not be a problem, since both the republicans and the Democratic Party support this plan for national prestige and interest purposes. The price that will be required for the construction of such a powerful machine remains unknown for the time being. What is also interesting to expect, is the reaction of China which is hard to predict for now.