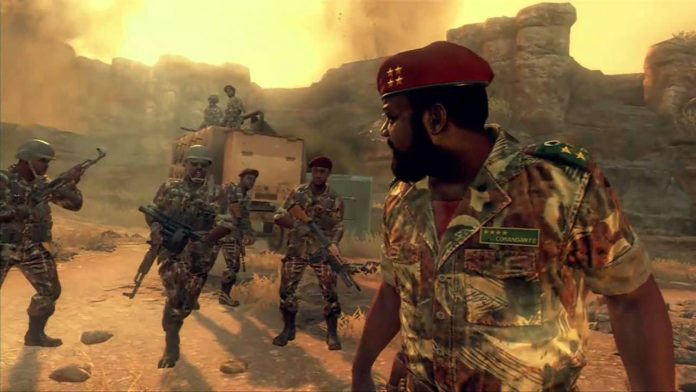 Game developer Activision are being sued by guerrilla leader Jonas Savimbi’s children who allege that Savimbi is being portrayed as a ‘barbarian’ in Call of Duty: Black Ops 2. According to a report by The Guardian, they are seeking around 1.1 million USD as reparations.

Savimbi had, back in the 60’s, lead an extended insurgency against the dominant party, the MPLA and the Angolan Government. He died in the year 2002 when he was engaged in battle with the governmental forces.

He has been portrayed in one of the missions of Call of Duty: Black Ops 2 where the player has to take part in an assault on the MPLA forces in alliance with Savimbi, who is wielding a grenade launcher.

Carole Enfert, the lawyer to the Savimbi family, commented that Savimbi is being represented as a “big halfwit who wants to kill everybody”, where he was actually a “political leader and strategist”.

On the other hand, Etienne Kowalski, a lawyer for Activision Blizzard denies this claim suggesting that the game shows Savimbi as a “good guy”, and “a character of Angolan history, a guerrilla chief who fought the MPLA”.

On observing the footage of the gameplay, we did come across the conclusion that while it doesn’t exactly portray Savimbi as someone who sits behind the table and strategies, it does show him in the role of a fearless leader, one who is considered brave even by the American forces.

The footage doesn’t seem to project him in a negative light, even when he was responsible for the deaths of thousands of people. But, there might be some considerations that should be given to the way his children are taking all this and it is very difficult for us to understand the issue, wholly.