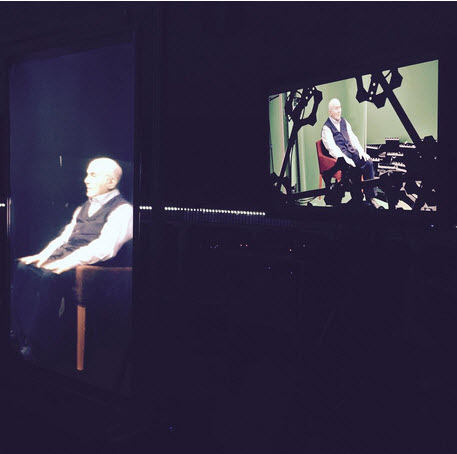 Los Angeles, US – This month, in the new SIGGRAPH 2015 conference, a team of researchers presented a screen that has the ability to create a 3D human with incredible accuracy collecting 216 projectors.

This automultiscopic 3D screen was created by the USC Institute Creative Technologies, and it is based on a 3D model of a person in a video. It could possibly be the next step after the Oculus Rift, the worldwide known device for VR (virtual reality).
There are 30 cameras on intense light, all used to capture the face of a person on a video. Then the images taken are split between 216 projectors. Those projectors are then lined on a semicircle around a big screen. The spectators, walking around the screen can get an easy transition from one picture to the other. The final result is a 3D screen that displays the person looking surprisingly real, with great accuracy and high resolution.

In fact the result is so realistic and breathtaking, that this screen is planned to be put in museums and various other educating destinations, where original videos taken from a historical time by real people will be modified under the technology mentioned above, in order to give all the information while standing in front of you.

To be honest, it would much more interesting to hear historical facts from Winston Churchill, Margaret Thatcher or Ronald Reagan themselves, especially when they’re practically standing next to you almost in real life; of course on a 3D screen!

Of course, such a technology could also find its way into home entertainment something that could take the industry to a whole new level, even though it would be quite expensive. Stay tuned to find out the next achievement of 3D screen technologies and where they’ll be applied.