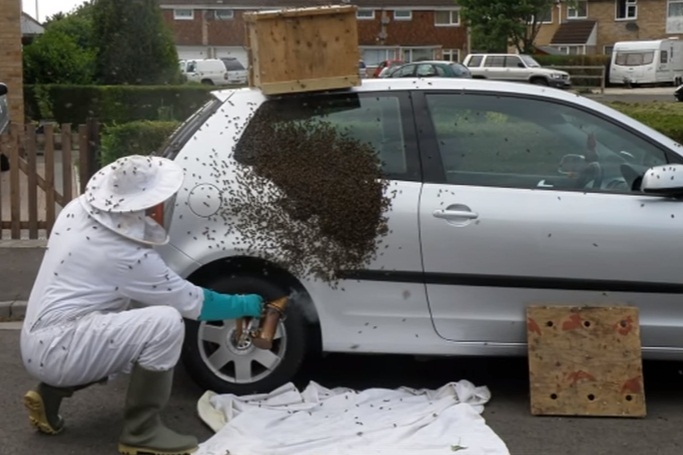 In a bizarre incident, a swarm of 20,000 bees followed a 4*4 car because their queen bee was stuck in the car’s boot. This continued for approx. 48 hours before the situation was controlled.

Five different beekeepers, a few park rangers and passers-by tried their best to gather the bees in a cardboard box. But the wind kept on blowing the bees off the car, delaying the total process.

Roger Burns of Pembrokeshire Beekeepers informed that the car’s owner was unaware of the fact that the Queen Bee was stuck in the boot of the car. The reason why a huge swarm of 20,000 bees chased the car. The bees were spotted on the car for almost 2 days. 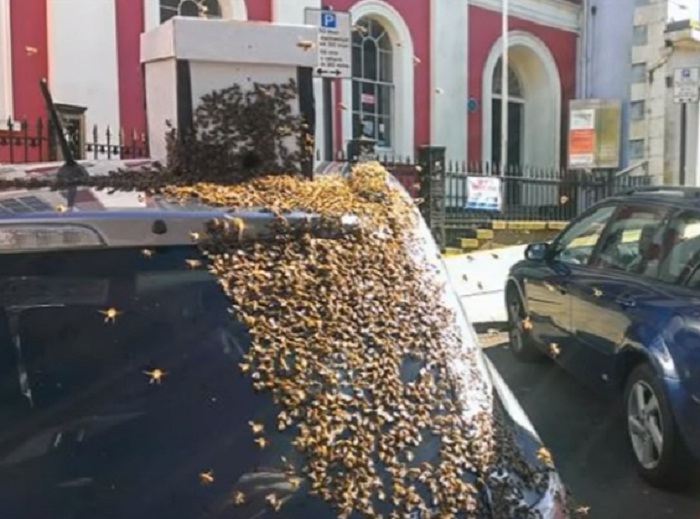 A retired doctor, Roger further stated, that “maybe the queen got attracted to something in the car’s boot. It can be something sweet as well. And as there is gap between boot panels and the body of the car, the queen bee managed to get inside the boot space”.

“The swarm followed their queen and sat around the boot of the car. I brought over a cardboard box carefully brushed them into there as quickly as possible as I was aware it was a big swarm in the middle of the high street”.

During the process, Roger got about 15-20 bee stings. And as the last few hundreds were about to get into the cardboard, a gust of wind blew off the queen back into the boot.

Even during the next day, the car was witnessed with the bees sticking to the boot.

Roger further added, that “during his 30-year long tenure as a beekeeper, he has never seen such an incident. Although natural for the swarm to follow their Queen, but an episode where the bees follow a car for two days is strange yet amusing”.