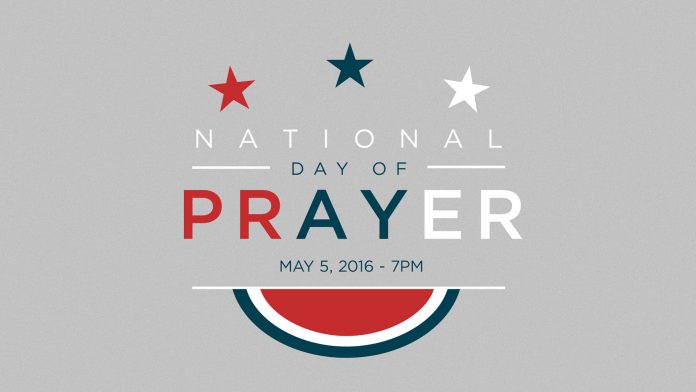 The National Day of Prayer is a day in which all citizens of the US irrespective of their religion or faith are asked to pray for the nation and their leaders.

This year 35,000 prayer assemblies will be conducted under the aegis of 40,000 volunteers across the United States, and all this is being made possible by the efforts of National Day of Prayer Task Force.

Several million American citizens that will also include celebrities like Grammy Award winner Ricky Skaggs, will join to pray for the nation. There will be programs which will be held across the US that will include prayers and performances by choirs and bands.

A day of fasting and prayer was enacted way back in 1775 until 1783 under the aegis of Second Continental Congress. President John Adams gave the declaration for National Day of Prayer in the United States from 1798 and 1799.

The majority of US presidents have issued declarations, Notable exceptions being Thomas Jefferson and Andrew Jackson.

It must be remembered that the National Day of Prayer is not a public holiday, and most government institutions like post offices, stores, businesses, schools, and organization remain open. Public transport and other utilities continue will function normally as well.