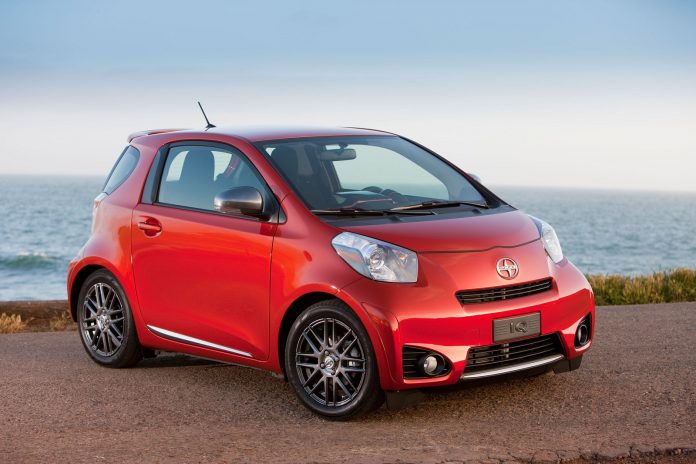 Bigwig automaker Toyota Motor Corp. announced on Wednesday that it will discontinue its Scion brand of small cars for young buyers in the U.S., after 12 years of presence in the American market. Toyota said that three of its Scion models, that are due for 2017, will be rebadged, starting in August, while the Scion tC small coupe will go out of production the same month.

The sales of Toyota Scion vehicles had touched an all-time high of 173,034 units sold in 2006; but, ever since, the brand has witnessed a steady decline. In 2015, Toyota sold only 56,167 Scion vehicles, underscoring a 68 percent plunge from its peak 2006 sales in the US market. Though the market is leaning towards larger cars and trucks in today’s world, this is still a very low outcome. However, Fiat has also ceased production of smaller cars as well.

In fact, Fiat Chrysler Automobiles said last week that it plans to seize production of its Dodge Dart small car and midsized Chrysler 200 sedan, and search for partners to make replacements instead, due to evaporation of profits coming from smaller auto variants.

For the record, Scion was originally established as a separate brand destined to enter the Japanese automobile market. However, thanks to an early hit with a small, boxy micro-wagon called the xB, the brand found its way to the U.S. markets as well.

Half of Scion buyers were under 35 years old, according to USA Today.

“Scion has allowed us to fast-track ideas that would have been challenging to test through the Toyota network,” Toyota North America chief executive Jim Lentz said in a statement. Lentz was the founding vice president of the Scion brand.

A spokeswoman said Toyota would realize “efficiencies” from not having to promote a separate brand, but declined to provide specific figures.

Hopefully Scion’s models will be rebadged on time or else Toyota will be facing some additional losses in profits and advanced expenses.