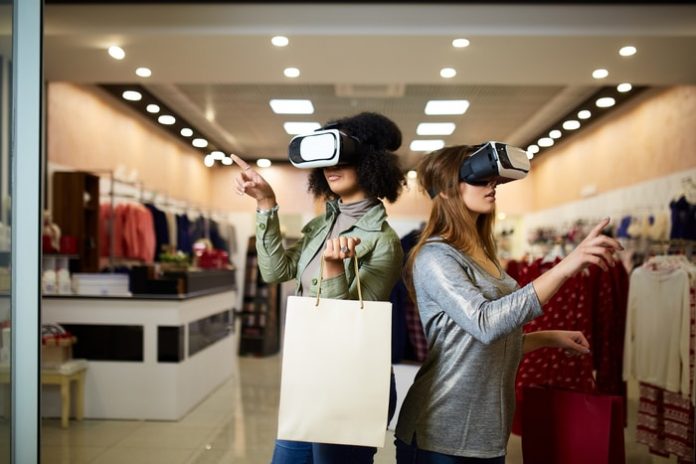 It wasn’t long ago when armchair futurists predicted a 21st Century full of jetpacks, flying cars, and virtual reality (VR) headsets. The jetpacks and flying cars haven’t materialized beyond prototypes, but VR for the masses has arrived with gusto in recent years.

Driven largely by low-cost hardware from the likes of Google, Oculus, and Samsung, applications for VR and dollars spent on immersive technology are skyrocketing. Goldman Sachs estimates the VR and augmented reality (AR) market will reach a staggering $32 billion by 2025.

From immersive travelogue experiences to almost-better-than-being-there museum tours, the way VR is changing the world we live in is most tangibly established in sectors like entertainment and leisure. In the gaming sector, VR is being used to immerse the player in a fantasy world. For example, card players can be virtually present in a Casino thanks to VR or even download the app for Android and iOS and continue playing anywhere.

What remains less defined is VR’s practical use in business, especially the never-ending need to solve problems and improve processes.

But that picture becomes a little less fuzzy each day as businesses from small shops to enterprises invest millions into adopting VR.

In the spirit of VR’s expanding role as a disruptive, solution-oriented force, here are three ways businesses stand to benefit from immersive technology.

The inability to fully experience a product before purchase is perhaps the greatest flaw of eCommerce. The use of high-resolution photos, sophisticated video demonstrations, and advanced modeling have improved online shopping in recent times, but there’s still much to be desired when it comes to touching and trying on the proverbial dress.

Enter VR to bridge the gap.

Macy’s announced the addition of 20 more stores to its VR push in January 2019 due to the program’s early success.

Real estate, where VR is a natural fit, started integrating the technology several years ago for showcasing properties. The industry quickly found immersive rendering provides two useful buckets—the ability to re-imagine the furnishings and color palettes of space on the fly, and 3D home tour videos.

The former category works in much the same way as Macy’s leveraging of VR. Interested shoppers strap on a VR headset during an in-person property tour. Instead of guessing how their own furniture or decor preferences may appear in the room, a VR program provides true-to-life visualizations.

The virtual staging company roomy leads the charge in this use case with a catalog of over 100,000 furnishings and household items. Users simply upload a picture of any room and roomy presents a VR depiction featuring the selected decor.

But what if you can’t be bothered to shop a home or property in-person? Companies like Matterport are ready to step in with the solution. Partnering with realty service and data giant Redfin, Matterport scans every angle of home and renders beautiful 3D walkthrough simulations which can be digitally distributed or embedded in online listings. 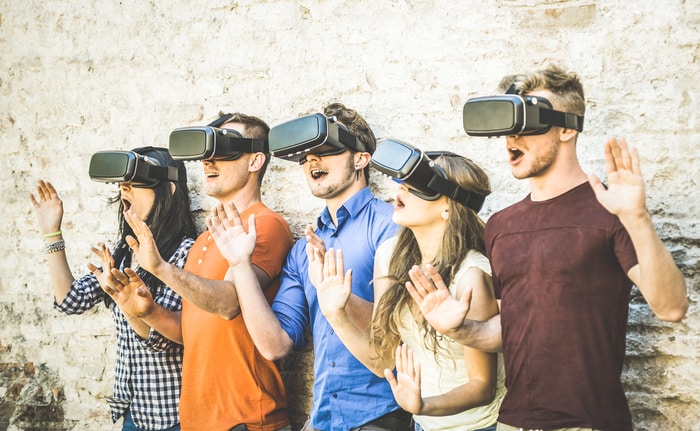 There’s no denying the aggressive market share-stealing effect eCommerce has on traditional retail. The whole of online shopping is a great white shark constantly nipping into brick and mortar. While dollars spent on eCommerce currently account for about 10% of total retail sales, the figure rises to 25% or higher in categories like electronics and appliances, clothing and accessories, and home furnishings.

This downshift leaves brick and mortar owners scrambling for innovative ways to stay afloat. VR has the potential to create new revenue-generating opportunities in physical spaces.

One such idea gaining traction is VR game centers. If you were around during the formative days of the internet, you may recall internet cafes—coffee shops built around the premise of public internet access. While freely available WiFi is now ubiquitous in nearly every public space, the concept of surfing the web at a café or restaurant was once trailblazing enough to fuel an entire business plan.

VR is likely to trek a similar evolution at brick and mortar. Physical venues offering VR experiences are popping up in large US cities and the tech-forward enclaves of Silicon Valley and Austin, Texas.

Amazing Virtual Reality, a leading supplier in the VR amusement space, estimates 500 successful VR game centers have opened around the world in the past three years. From VR coffee shops and arcades to escape rooms, the impact of immersive technology on brick and mortar entertainment offerings is imminent

A New Generation of Occupational Training

The use of VR for employee training is expected to boom in the coming years. The standard methods for employee development have long been live sessions, pre-recorded training material, or a combination of both. VR itself may not replace either method entirely, but it provides attractive supplementation.

In the case of live training sessions, VR connects online participants with those onsite, producing a cohesive experience for all trainees regardless of their physical location. Trainers and trainees are empowered by this consistent delivery of interaction and engagement.

Regular health and safety training is a staple of many industries. VR makes it possible for employees to practice safety procedures and processes in simulations of events they might encounter in the work environment.  Complex processes and situations can be broken down and analyzed in pieces, ensuring workers receive thorough training on every critical detail they need to learn for real-life scenarios.

All of this may conjure images of the flight simulators pilots have used to train for decades; it’s a good comparison. The power of modern VR extends such immersive training to manufacturing, construction, natural resource extraction, and even the hospitality industry—nearly every conceivable field can benefit from VR’s influence.

There’s no question the arrival of VR is an exciting tech milestone. Thanks to the onslaught in recent years of affordable VR headsets and related software, the fully immersive 3D experience promises to revolutionize many facets of life while bringing forth innovative solutions.

This is especially true across business sectors where the VR’s usefulness is in the early stages of gaining traction. Expect product design and marketing, adoption at brick and mortar, and occupational training, to be at the vanguard of VR’s near-term impact.