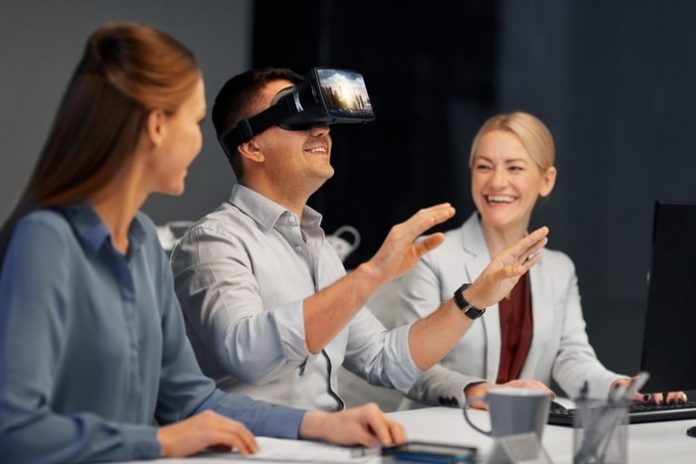 Augmented reality doesn’t simulate reality, but expands the one that we already find ourselves in. The idea of augmented reality is not anything new. The technology is dating way back to the 1960s when Harvard professor and computer scientist Ivan Sutherland and his student Bob Sproull created The Sword of Damocles which was the first head mounted display. This device, however, may be more akin to virtual reality than augmented reality but it is regarded as a precursor of what is to come.

One of the big leaps in Augmented Reality technology was made by Myron Krueger in 1974 with the project that was dubbed, Videoplace. The device combined a projection system and video cameras that produced shadows on the screen which made the person wearing it feel like they were in an interactive environment. The term, Augmented Reality was coined much later in 1990 by Tom Caudell, a Boeing researcher.

In recent years, AR together with VR has gained awareness in the mainstream and people can only imagine the things that these new advancements in technology can accomplish. While the two may seem similar, there is a major difference between them. While VR’s purpose is to simulate reality, the way in which AR is used is to enhance and complement reality with the use of overlapping visual interface.

Surely, the most popular use of AR would be in the area of video games and mobile apps. In the gaming environment, developers are constantly developing new ways in which games can be experienced. Mobile games like Pokemon Go was able to raise the awareness of AR in the public space. The game cleverly uses AR together with the phone’s GPS and is just one of the many examples of how AR can be used.

A good example of how AR can be used in real life is in the video game, Deus Ex Mankind Divided. The main character, Adam Jensen uses augmented implants that are assisting him in his missions. The retinal augmentation allows Jensen to mark his targets, help him navigate the environment and highlights points of interest in the game, kind of like a GPS. Not saying that we should be marking people in real life, but I digress.

The retinal enhancement is also a creative way to explain why the game has a HUD. It is not only the game’s HUD, but it’s also exactly what Jensen sees through his augmented eyes.

Another area where AR is starting to be used is in the world of online casino games. Casino brands are always looking for the latest technology in order to improve their gaming experiences. It can be used to make online slot games more interactive and immersive.

When the internet started to be adopted by many video games companies, casino brands have also started to make their games available online and the majority of people seemed to enjoy that. Being able to play your favorite casino game from the comfort of your home was, and still remains a great alternative than visiting a land-based casino.

Casino game developers have the challenge to create the software necessary to support VR and AR in their game. Augmented reality in online casino games is truly an amazing concept and you can be sure to expect casino brands to implement this new way of interacting with the virtual casino. The adoption of AR by the mainstream is still a few years away and it may take some time before the technology is being used in a meaningful way

Sony at E3 2018: PlayStation exclusives shine above all