White House Press Secretary Jen Psaki has revealed that answering impromptu questions is not something she and her team recommends for President Joe Biden. Psaki told CNN Senior Political Commentator David Axelrod that taking unexpected questions from journalists “is not something we recommended” for the president, Fox News reports.

According to Psaki, she often tells Biden to not take unplanned questions from reporters but the president still goes ahead to do what he wants since he remains the President of the United States.

“That is not something we recommend,” Psaki stated. “In fact, a lot of times we say ‘don’t take questions.’ But he’s going to do what he wants to do because he’s the President of the United States.”

The press secretary gave this revelation in response to Axelrod’s recollection that Biden ran into CNN reporter Kaitlan Collins at the White House one day and responded to her question whether the $15 minimum wage increase would be part of the COVID-19 relief package.

Psaki laughed and said she had already closed from work and was at her home when the encounter between Biden and Collins happened. She however noted that Biden is always taking questions from members of the press and recalled the first time she traveled with the president and witnessed him taking questions three times in one day, NY Post writes.

“So he does do that, and he likes doing that,” Psaki stated. “I mean, the thing is, he likes the press corps and likes that back-and-forth and that engagement.”

The press secretary noted that the strength of the 46th President of the United States lies in stating his mind on all occasions, but that this trait is also a weakness. She said mistakes had occurred in the past with former administrations because of this fact, and that the White House Press Corps can never be satisfied with answers given their insatiable penchant for questions.

Psaki said her team is working hard to get the president to focus more on things that impact the American people and not waste unnecessary time talking. She said the president is focused more on handling the economy and the pandemic and not on lesser concerns such as visiting the border. She said Biden’s administration is working hard to make life easier for every American and resident of the United States.

Although Biden has held countless informal sessions with members of the press, he has only held one press conference since he became president. He had his first and only media conference with the press on March 25, 65 days after he became president, prompting the media to question why he has not had more frequent media chats with White House journalists. His 65 days to hold a press conference after becoming president is the longest time ever since former President Calvin Coolidge in the 1920s. 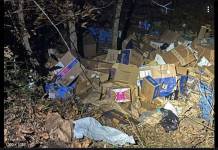